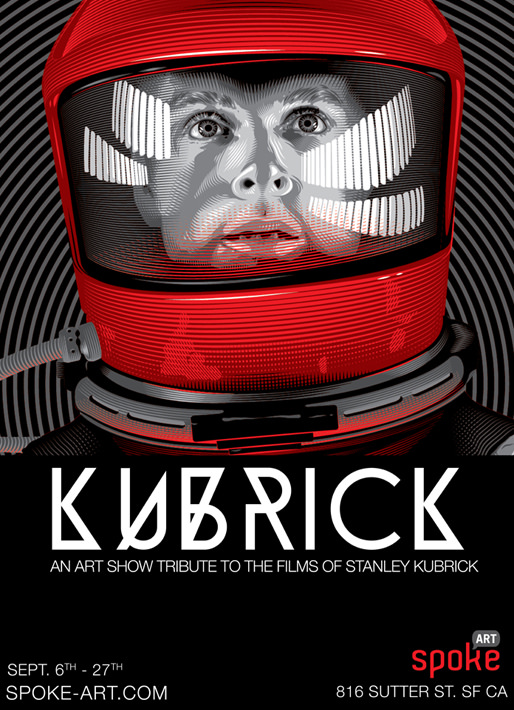 Spoke Art is proud to present: KUBRICK – An art show tribute to the films of Stanley Kubrick. Over 60 artists were invited to re-imagine their favorite characters, scenes and thematic concepts from one of the world’s most prolific directors. Spanning a plethora of mediums from sculpture and painting to limited edition prints, the show seeks to honor one of the 20th century’s most significant directors while also reinterpreting his impact in a contemporary context.